My cold isn’t getting any better.

I went to another medical last week, and got a treatment that involves.. well.. pricking the body with needles.

It was quite a frightening experience, I admit.

Not like it hurts much. It didn’t hurt as much as I was afraid of, but it’s still scary to think that someone’s right about to poke you with a fine needle.

The back was scarier than my face. I don’t know why, like I couldn’t see neither of them, but it scared me more.

Last week, I found the pen tablet that I got about a year ago.

It’s been a long time since I last used it, so it took me a little while to get back to it.

In the end I was able to finish drawing what I was trying to draw, but now I guess my goal before 2018 starts is to draw the new year’s cards with the computer!

Why was I looking for the tablet so randomly?

Because for the computers at UWCSEA, we had to pre-load them with apps that we would use during lessons like adobe photoshop and illustrator, so I wanted to try them out! 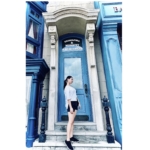